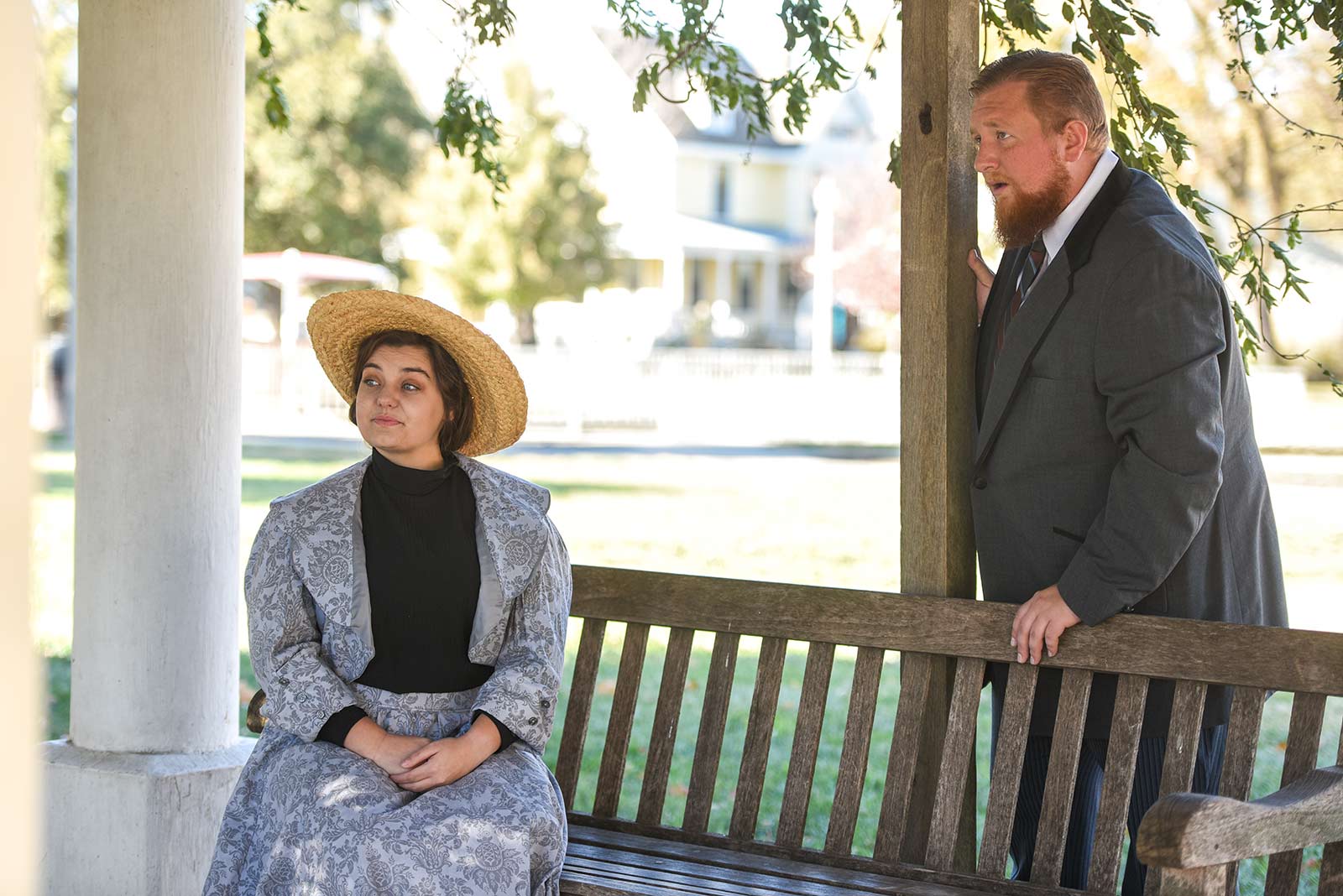 Music and lyrics by Paul Gordon, book by John Cairo, based on the story by Jean Webster.

Veteran McPherson College actors J. Tanner Trigg and Liz Thornton take on the two roles in this full-length musical. It is a story about Jerusha Abbott (Thornton), the oldest orphan at the John Grier Home. She is gifted a college education by a tall shadowed figure that she nicknames, Daddy Long Legs (Trigg). Throughout her education, Jerusha writes letters to her anonymous philanthropist and shares her growth with the man she’s never met.

“This is what is called a chamber musical because it was written for a small venue,” Jd. Bowman, professor of theatre, said. “With only two cast members and three musicians, the story is simple and sweet with soaring melodies.”

Seating is limited for this production and reservations are recommended. Doors will open at 7 p.m. for each performance with shows starting at 7:30 p.m. All seats are $5 and tickets are available at the box office prior to the performance.

Season ticket holders receive a themed meal prior to each of the season’s performances. For more information on becoming a season ticket holder or to make a reservation, contact the box office at (620) 242-0444 or email at theatre@mcpherson.edu.